.
Re-TWEET my Twitterings
& Publicise My Blogs
To Spread The Facts World Wide
&
Give Hope to others
that after 20 years I am still
fighting The Pernicious Disease
THEY CAN TOO!

I had a slight show of frank Haemature (Blood in the urine) on one instance in Nov-1997 thought nothing of it as it as it was only a ‘splutter’ at the start of urinating one morning.

Then Nov-1998 I had a very frank show with a full bladder first thing in the morning & my urine was dark red!
I immediately phoned my Doctor & saw him that morning, whilst I was in his surgery he phoned the Urology Department and arranged an appointment for 13:30hrs. the next day!

I started this diary about a month later as I felt it might make other more relaxed about talking of their health and thereby presenting early, which might save their lives! 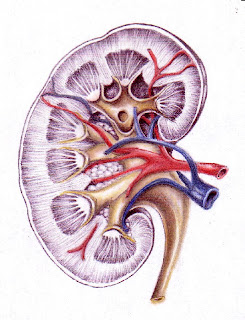 11-Dec-2001 – appt. Windsor Bowsher @ Newport [I was concerned about bloating and immobility of damaged muscle. He recons no medical problem but could wear a corset!!]

21st. Unable to contact Janet – spoke to Cath Smith 15.15hrs. promised to contact me back TODAY – I called her & they WILL call me on Monday with dates etc.!!!.

24th. (Monday) I was out all day and hospital rang 4 or 5 times. Finally Karen Edwards spoke to me 7pm. from home. book in am. please!!

07-Apr-2003 – 11.00hrs. Follow up appt. @ Chepstow Windsor STILL off sick! Dr. I saw – an over weight guy pleasant – informed me biopsey of my bladder cancer a very slow developing type – I suggested downgrade to check 1 per 6 month – agreed as eventually the check up will damage knowing my luck!!

10-Jun-2003 – 14.40hrs. Royal Gwent for a Flexi check!! – Saw Janet – Straight in for Flexi – small C reccurrence and enlargement of a node of the Prostate. Come in and have a flow check & PSA at the same time as Hot Wire!! – No better place to be Hot Wired than Newport they get lots of practice!!!
Went in for a quick chat with Bowsher – relative to 100% he is quite pleased with my progress – will book me in top of his ‘non urgent’ list for about 3 weeks time. Existing muscle pain and fatigue – tough, part of the price you pay for the removal of cancer!!

16-Dec-2003 – Tuesday in for a couple of nights – phone ward to confirm Tues am. 01633-234 040 went in during afternoon but saw a junior Consultant discussed my preference for flexi & hot wire – he conferred with Windsor & agreed so I went home!

29-Jul-2004 – 13.45hrs. (Thurs) see CARTER [my new specialist] – (also confirm Janet’s daughters painting!) – a basic all clear so far, treat kidney as history – can do nothing about muscle damage & scar but he believes that bits of bladder can be sorted for ever.

11-Doc-2004 – spoke to Janet and then Cath – total cock up they booked me for flexi hot wire but I need rigid and a couple of days!

12-Jan-2005 op done having been postponed from yesterday all OK pleased with condition of bladder.

25-Dec-2005 – Dark dead blood in urine about midnight. Spoke to ward better to be checked but as long as you are sensible!

31-Aug-2006 – 14.10hrs. Flexi check Maureen did check aided by Anne – its back over the back of the prostate centre lobe expanding!

10-Apr-2007 – SURGERY – Trevor from Powis Alms Houses in bed opposite! Woken ot 0615!! A Mr. Huff doing op under Thomas – A young girl with Jones? As anaethetist – most annoying as for inexplicable reason once on op. table I was out like a light so couldn’t see the op. Came to’ish in recovery but dozey back on ward – catheter no sign of bleeding saw Huff & Thomas – both said Very Minor doing biopsy but fairly optimistic. Catheter out at 16.00 home at 17.30hrs.!!

10-May-2007 – letter from Alun Thomas – Results from last op. no sinister signs
Biopsy no sign of recurrence of the cancer cells – GOOD NEWS! Makes a change. Suggest next Flexi in 4 months (actually he said “we will look inside the Bladder with a telescope”!! I do hope he & Nelson have a different definition of a ‘telescope’!)

18-Oct-2007 – 15:00hrs. Royal Gwent Hospital Urology Department for a Flexi  visible blemish MAY be very early TCC may not? Op. now or wait – we decided to wait.

28-Apr-2008 – 13.00hrs. Royal Gwent Hospital Urology Department for a Flexi
Well there you go! Turned up on time, straight in and got my jug just in time! Maureen did my Flexi and we have an all clear, though with the caveat that the Prostate is getting notably enlarged at the central lobe but although worth keeping an eye on is no concern yet.
Enquiries on patching the main hernia still lead to the suggestion to leave well alone even though it does cause me very genuine problems.
Next appointment is scheduled for 6 months.

08-Oct-2008: Letter – appointment letter arrived -strange as I was chatting to Michelle Penngelli on Tuesday this week.

28-Oct-2008 – 17.30hrs. Royal Gwent Hospital Urology Flexi – a serious brush with winter! Snow on the M4 at Swindon!! Car park easy near entrance and popped into D2W & had a chat with a couple of nurses I knew. Into Urology Clinic and fairly rapidly in for check. Dr. took longer than normal blaming the Prostate as enlarged and wanted to access beyond.
All clear! He thinks about time for a PSA but no direct reason and it might be worth checking the male pattern groin hernias if they cause any pain.
Next check for BC about 6 months so about April.
Flexi (lost Date!) Maureen Hunter did the flexi – all clear but prostate developing well!!

BPH – No need to worry until it proves a problem.
Message on answerphone samples OK. Next check about 6 months.

2009-11-13 rang as I either have a problem or an infection as intermittent ache front upper bladder slight burning from urinating and very occasional flash pain. All sisters in management meeting – Steff will try to call me back.
Spoke Sue Merrino Flexi Bookings

26-Oct-2010 – 17:15hrs. (Tues) for Flexi. OK signs of the infection but not considered sinister. Prostate very enlarged! Will check again in a couple of months that infection totally cleared & no after effects.

17-Mar-2011 – 11:45hrs. Gwent – Adam CARTER – Lee came with me as I had a feeling this was NOT going to be good news and she deserved to see the pictures, hear the words and ask any questions she wanted asked – it is after all Lee who I am letting down!

WELL I WASN’T WRONG 2 visible tumours on the CT Scan in the lower abdomen – more later!

My larger tumour is a bit like this and just over an inch across and is the nearest lymph node to the site of the tumour on the stub of the ureter residual at the bladder from my original radical nephrectomy in September 2001.

NO SIGNS of Cancer in the bones! So we move ahead 😉