The Hunt to Understand COVID-19’s Connection to Kawasaki Disease 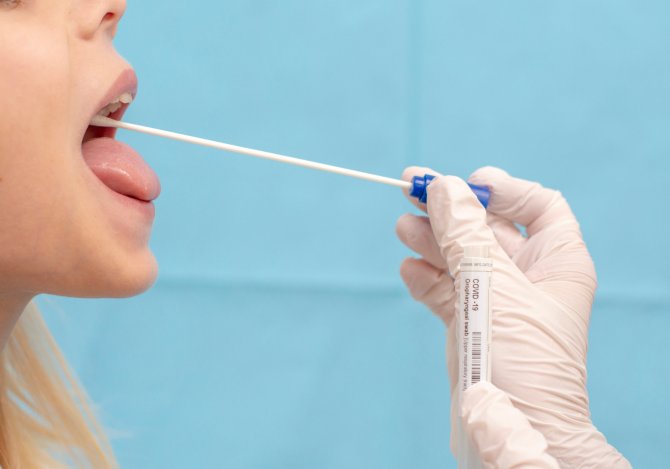 Dr. Jane C. Burns has studied Kawasaki disease for four decades. It took only four months for COVID-19 to turn her life’s work upside down.

Unusual numbers of children and teenagers living in COVID-19 hotspots like Lombardy, Italy and New York City have developed an inflammatory condition (officially called Multisystem Inflammatory Syndrome in Children, or MIS-C) that looks a lot like Kawasaki disease. In many cases, the children have also tested positive for COVID-19 antibodies, suggesting the syndrome followed a viral infection.

In New York State, 170 inflammatory-disease cases and three related deaths are under investigation. Ninety-two percent of these patients tested positive for COVID-19 or its antibodies, and almost all of them were younger than 20, according to state health department data. As case reports pile up, the world is suddenly paying attention to the rare pediatric syndrome that has stumped Burns and her colleagues for decades, but largely flown under the radar.

“I’ve been waiting 40 years to understand in a much clearer way what I’ve been looking at all my life,” says Burns, who directs the Kawasaki Disease Research Center at the University of California, San Diego and Rady Children’s Hospital. “It’s a tragedy to realize that this virus that we thought was going to spare our most vulnerable citizens—our children—is not. But it has suddenly presented the opportunity to actually understand Kawasaki disease.”

Kawasaki disease is a mystery

Kawasaki disease has a well-defined set of symptoms, including a persistent high fever, bloodshot eyes, redness around the mouth, a body rash and redness and swelling of the feet and hands. Only a few thousands cases of Kawasaki are diagnosed each year in the U.S., mainly in children ages 5 and younger.

In part because of its rarity, doctors still don’t know exactly what causes Kawasaki disease—but the dominant theory is that a pathogen, most likely a virus, pushes a child’s immune system into overdrive, resulting in inflammation throughout the body. This inflammation can be successfully brought down with the antibody-based treatment intravenous immunoglobulin, but when left untreated, it can lead to permanent heart damage.

Burns thinks Kawasaki disease’s name may have done it a disservice. When it was first discovered in the 1960s, the condition was named Kawasaki “disease” instead of Kawasaki “syndrome,” and that designation has stuck. But a “disease” is something with a determinate cause, whereas a “syndrome” is a collection of symptoms that may not have a single catalyst—which far better characterizes Kawasaki, Burns believes. “Calling it a disease made us think that…there could only be one cause or trigger,” Burns says.

More recently, she says, doctors have begun to question that notion. Her research center has found that Kawasaki disease tends to surface in clusters of genetically similar children, and the disease can look slightly different depending on the group’s underlying genetics. That suggests different triggers could cause an inflammatory response in children with certain genetic predispositions, Burns says. It’s possible that SARS-CoV-2, the virus that causes COVID-19, is one of those triggers.

But some researchers don’t think viruses are always to blame. Dr. Michael Levin, a pediatric infectious disease specialist at Imperial College London, says bacteria may also trigger the inflammatory response. When clinicians test a nose or throat swab, Levin says, they look for known pathogens. But millions of bacterial strains live in the body, and most aren’t given a second look in the laboratory. “I think the cause of Kawasaki has been sitting in the bin because we don’t know how to identify it,” Levin says.

Not knowing exactly what causes Kawasaki also makes it difficult to diagnose, says Dr. Michael Portman, director of pediatric cardiovascular research at Seattle Children’s Hospital. Doctors have to rely on inflammatory markers in the blood, as well observable symptoms, to make a subjective call. Portman is working with blood-testing startup Prevencio to develop a blood test that could detect certain proteins and blood components to give a firm Kawasaki diagnosis. Having a cut-and-dry diagnostic would make it easier for doctors to find the right treatment for patients, Portman says. It could also help answer a question confounding researchers: Is MIS-C a type of Kawasaki syndrome, or something else entirely?

Prior to the COVID-19 pandemic, a few papers had suggested other coronaviruses could cause Kawasaki disease. So when the pandemic hit, Portman expected to see an uptick in Kawasaki-like inflammatory disease, he says.

But some researchers don’t think SARS-CoV-2 has any connection to Kawasaki disease. That’s because MIS-C and Kawasaki have some clear and crucial differences.

Whereas Kawasaki disease is treatable and only leads to significant heart damage in about 25% of cases even when it’s left alone, many MIS-C patients suffer such serious damage to the heart that they go into shock. Others don’t have external symptoms of Kawasaki, but do have a high fever and elevated inflammatory markers. Teenagers and young adults have also been showing up in hospitals with MIS-C, whereas Kawasaki almost exclusively strikes children five and younger.

Burns says it’s possible that SARS-CoV-2 affects Kawasaki-prone children differently, depending on their unique genetic blueprints. Some could clear a SARS-CoV-2 infection without any inflammatory response. Others could go on to develop Kawasaki-like illness, while still others might exhibit an inflammatory response slightly different than Kawasaki disease. Burn has applied for a National Institutes of Health grant that would allow her to perform whole genome sequencing on children with different types of MIS-C, as well as children who were diagnosed with Kawasaki disease before the COVID-19 pandemic, to find differences and similarities.

But Levin isn’t sure there’s enough similarity to consider MIS-C a relative of Kawasaki.

Using data from Burns’ database of pre-COVID-19 Kawasaki patients, Levin compared classic Kawasaki with emerging clinical and laboratory reports of MIS-C. Given the high likelihood that MIS-C results in much more severe symptoms than the typical case of Kawasaki, “the overall spectrum is more different to Kawaski than similar to Kawasaki,” he concludes.

He notes that adults with serious cases of COVID-19 are also seeing extreme inflammatory responses; they just manifest differently, causing issues like respiratory distress. It’s possible that MIS-C is the pediatric version of that inflammation, he says.

Portman says he’s not sure it matters whether MIS-C is a subset of Kawasaki or its own syndrome, since they both seem to respond to the same treatment. “My general opinion is that we may have to morph these two diseases into one and just give them subclassifications,” he says.

Both Portman and Levin are working on gathering the data necessary to figure out how best to treat Kawasaki and MIS-C. Levin is launching a database that will allow clinicians to upload anonymous case details and treatment results until more rigorous randomized control trials can be completed, and Portman has been awarded a research grant to study differences in patients who respond to intravenous immunoglobulin versus those who don’t.

What parents need to know

For scared parents, it can be frightening to know that researchers are still working to understand both Kawasaki disease and MIS-C. But all of the experts interviewed by TIME say parents do not need to panic.

Kids are still much less likely than adults to develop a serious COVID-19 infection. Only about 2% of confirmed COVID-19 cases in the U.S. have been among children younger than 18, according to the U.S. Centers for Disease Control and Prevention. Even among kids who do get COVID-19, MIS-C is a very rare complication. About 170 MIS-C cases are under investigation in New York state, compared to thousands of pediatric COVID-19 cases there, and many parts of the country have yet to see a case.

Nevertheless, parents should not wait to seek medical attention if they see any symptoms of Kawasaki disease in their children, Burns says. With prompt treatment, most children should recover well, she says.

All unanswered messages are recorded.
Leave your name & a UK landline number & I will return your call.