Please Be Sure To

To Give Hope & Information

The British NHS – vs – Provision In The USA

we have all listened endlessly to the worst aspects of the NHS from the media and due to the crass ineptitude of Aneurin Bevan’s implementation of Lor Beveridge’s Report, which laid out the plan for the NHS that all three parties had agreed must not be a political football – to that end it was agreed that whichever party was elected they would implement the ‘Plan’.

Sadly Labour won and were thus charged with the task of implementing the launch of The NHS and unfortunately Aneurin Bevan was appointed Minister of Health and he just couldn’t resist tampering with the plan. 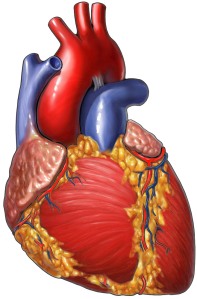 This has led to it being all too clearly a life style service delivering whatever buys the most votes, with large areas of privatisation introduced by the Labour Party, through the back door, with a system of Private Public Finance deals selling off thwe long term viability of the NHS in return for showy short term ‘schemes’.

All too often long waits are an inherent part of the service for routine matters, with waiting times of 18 months or so for some medical appointments.

Although waiting times are considered too long in A&E emergency needs are treated incredibly quickly – though imn the one part of the service under the control of Labour the situation is considerably worse, Wales currently has the worst delivery of any of Britain’s EU Regions.

That said the NHS is still a shinning beacon to much of the world, in fact to almost all of the world and is used as a training ground for both nurses and doctors from all over the world.

One mistake often made is to claim the NHS is Free -sadly not, the NHS is Britain’s largest employer and absorbs a huge slice of the national Tax pie – hardly free!

Consider some thoughts on the subject from America:

This first-person account of the UK’s NHS must be read in full.

This is how Jim Edwards, an American-British dual citizen, characterizes actually having to wait to be seen by a highly-trained medical professional in his outstanding first-person account of NHS treatment.

The context here is that the NHS just released its most recent stats on accident and emergency room waiting times. The headline number is that 84% of patients are seen within four hours. In the UK, this is regarded as a huge failure — the standard the NHS is supposed to meet is 95% of patients in four hours. The UK media went into a fury about it, and some hospitals have begun postponing and rescheduling some non-emergency procedures in order to get those waiting times down.In the US, having sat in many an ER waiting room for hours at a stretch, the idea of a hospital seeing nearly 9 out of 10 patients in four hours would be regarded as a miracle. Bear in mind that within that four-hour period the NHS doctors are triaging patients: If you get hit by a bus, you’re going to see someone instantly. If you broke a finger because you fell over while drunk at the pub, you’re probably going to wait at the back of the line. It’s not like people are literally bleeding to death while they wait for attention (although the British media loves it when it finds individual cases where that has happened).

So my overall impression is that currently, the Brits’ complaints that the NHS isn’t hitting that 95% mark is akin to saying, “This Rolls Royce isn’t moving fast enough!”

Amen, Brother.This article is worth reading carefully and in full, because it perfectly frames the greatest weakness of the American approach to health care: there is no system; literally we have a non-system of health care. Nothing is coordinated; the all-mighty $ is the only unifying logic to our so-called “system.”

Because there is an actual system, patients experience significantly less aggravation with accessing health care. Paperwork?

There is a load of paperwork for patients in the US. This is easily the worst aspect of US healthcare — the billing paperwork. If you’ve ever had any health issue that required more than a simple doctor visit, you will know that it precipitates a seemingly never-ending series of forms, bills, and letters. You can be paying bills months, years later. And it’s almost impossible to correct a billing error. It’s stressful. I developed an intense hatred for health insurance companies in the US because of this.There was close to zero paperwork in the NHS. I filled in a form telling my doc who I was and where I lived, and that was pretty much it. The only other paperwork I got was a letter in the mail reminding me of my next appointment. They sent me a text reminder, too, which no American doc has ever done. It was incredibly refreshing.

But, wait, the absence of insurance forms must — in some bizarre way — make UK doctors of lower quality. Well, not really.

The treatment from my primary care GP was the same in the UK as it was in the US. I’ve had great care from 95% of doctors I’ve ever seen in both the US and the UK. Doctors are doctors. They’re mostly really nice and good at what they do. The system that pays them doesn’t seem to make them better or worse.

I won’t reproduce the entire story here, because I want you to read it, but I will end with a reminder that this patient — who underwent specialist treatment at a hospital for fear he was going deaf — paid ZERO at point-of-use for his care. (Yes, of course, he paid payroll tax, but he probably paid much less than you pay in Medicare tax and premiums and cost-sharing and co-pays and deductibles and time wasted filling out forms and time wasted waiting for inefficient medical practices to see patients.)

So how much did all this NHS care cost me? £0. Nothing. Zero. I paid not a penny for some top-notch healthcare. There is no such thing as a “free,” of course, but the per-capita cost of healthcare in the UK (paid by the government via tax collections) is generally lower than the US, according to the World Health Organization. Americans spend $8,362  per capita on healthcare annually, the Brits spend $3,480. Here is a breakdown:NHS prices

To me, those US prices seem pretty low — and remember, if Jim was uninsured in the US, he’d pay whatever the hell the hospital wanted to charge him for each of those things. You know, “chargemaster” and all.Jim’s final verdict? US or UK?

The bottom line: I prefer the NHS to the American private system. It’s a little more inconvenient in terms of appointment times, but due to the fact that it is free, has no paperwork, and the treatment on the day is super-fast, the NHS wins. That Rolls Royce is moving at a pretty decent clip.And, of course, there is the small matter of the fact that the NHS covers everyone equally, whereas Americans get care based on their ability to pay, leaving tens of millions with only minimal access to care. (Obamacare is changing that, but it’s leagues behind the NHS if you’re comparing them by the standard of universal full-service coverage.)

Americans think they have the best healthcare in the world. Take it from me, a fellow American: They don’t.

As a dual American-European citizen myself, who has accessed the UK NHS on several occasions while living in London, I would completely agree with Jim. And it’s really not just about the money (although it feels great to know that a single trip the ER won’t rob you of $1,000) — as this narrative points out. It’s also about the forms, the frustration and wasted time. Over a lifetime of dealing with Aetna or Cigna and profit-driven hospital billing departments, how much time do you waste on the 1-800 number? How much of that time could you be spending drinking a beer? Talking to a loved one? Taking a nap? Walking in the park?The American health care non-system is a disaster — this article is a good reminder of how a decent society handles things in a more civilized way. Please share widely.

Greg_L-W.
.
Please Be Sure To
Tweet & Link to my My Blogs
To Spread The Facts World Wide To Give Others HOPE
I Have Been Fighting Cancer since 1997 & I’M STILL HERE!
I Have Cancer, Cancer Does NOT Have Me
I just want to say sorry for copping out at times and leaving Lee and friends to cope!
Any help and support YOU can give her will be hugely welcome.
I do make a lousy patient!

.
If YOU want to follow my fight against Cancer from when it started and I first presented with symptoms in 1998 see The TAB at the Header of this Blog. called >DIARY of Cancer ….< just click and it will give you a long list of the main events in chronological order, many linked to specific blog postings.
.
Thoughts, articles and comments will be in chronological order in the main blog and can be tracked in the >ARCHIVE< in the Left Sidebar.
.
You may find the TABS >MEDICAL LINKS< and also >CANCER LINKS< of help, also many of the links in articles and >HOT LINKS< in the Sidebar.
.
YOU are welcome to call me, minded that I am NOT medically trained, if you believe I can help in ANY way. .