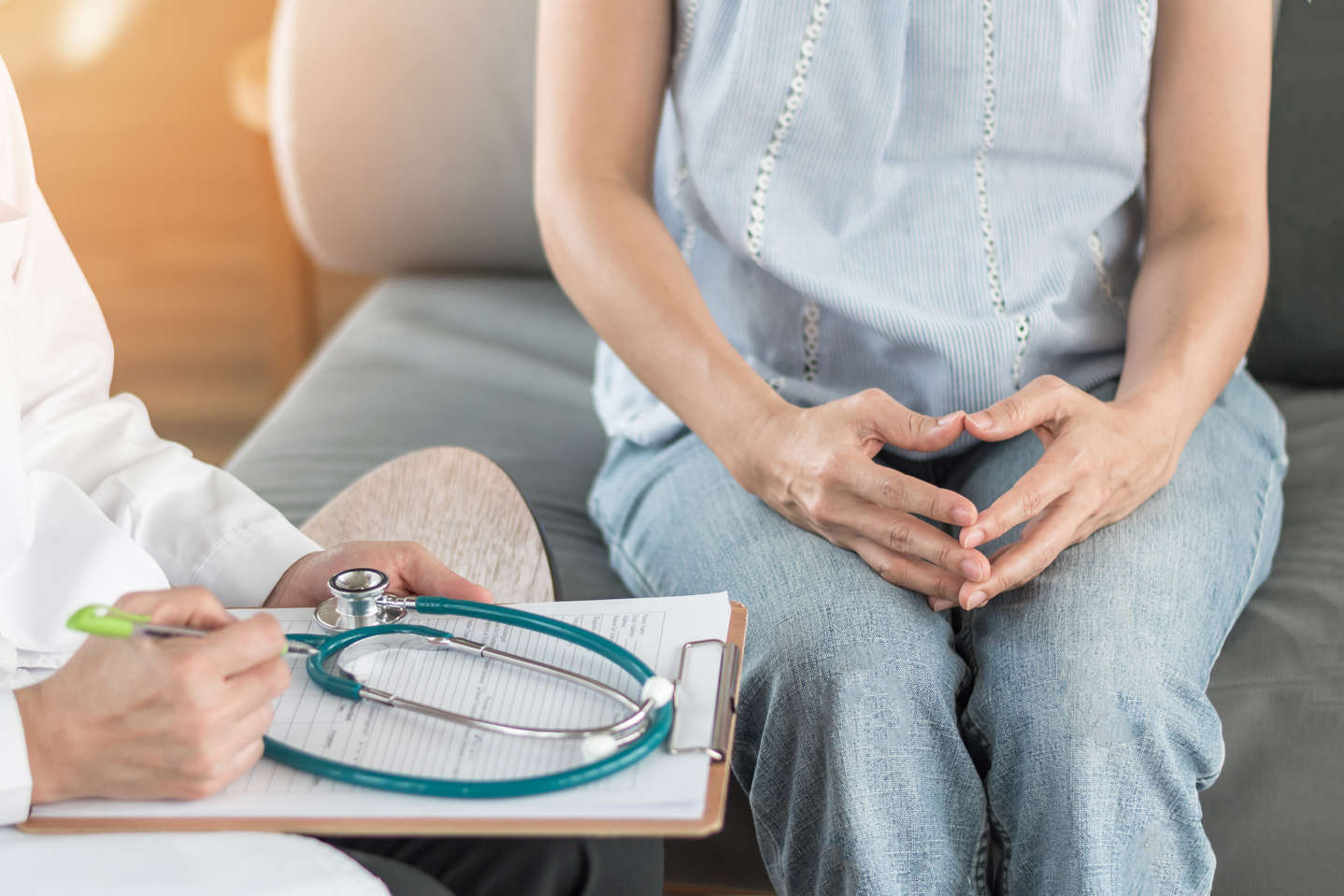 © Getty Doctor or psychiatrist consulting and diagnostic examining stressful woman patient on obstetric – gynecological female illness, or mental health in medical clinic or hospital healthcare service center For many young women (myself included), female-specific cancers seem like an older person’s game – something we’ll worry about when the menopause comes, or even later, when we’re sitting in an old people’s home. Actually, though, when it comes to ovarian cancer, nearly half of cases are found in women under 65. And almost two thirds of us (again, myself included) are not confident in recognising the telltale symptoms of ovarian cancer, according to a study from BMI Healthcare.

According to new research from the charity Ovarian Cancer Action, 82% of women are unable to name the four main symptoms, while 70% could be ignoring the telltale signs of the deadly disease. Ovarian cancer is the sixth most common cancer in women in the UK. It affects more than 7,000 women each year with incidence “rising sharply from around age 30-34”. Half of cases appear in women under 65.

According to Professor Gordon Rustin, Consultant Medical Oncologist at BMI Bishops Wood Hospital, the symptoms of ovarian cancer tend to be not all that different from those reported in relation to other, more common problems, which probably goes some way to explain why 70% of the women from the survey who had experienced symptoms of ovarian cancer, had not sought medical help. “They are similar to the symptoms from many common non-cancerous conditions such as irritable bowel syndrome, indigestion or menstrual problems,” he says. 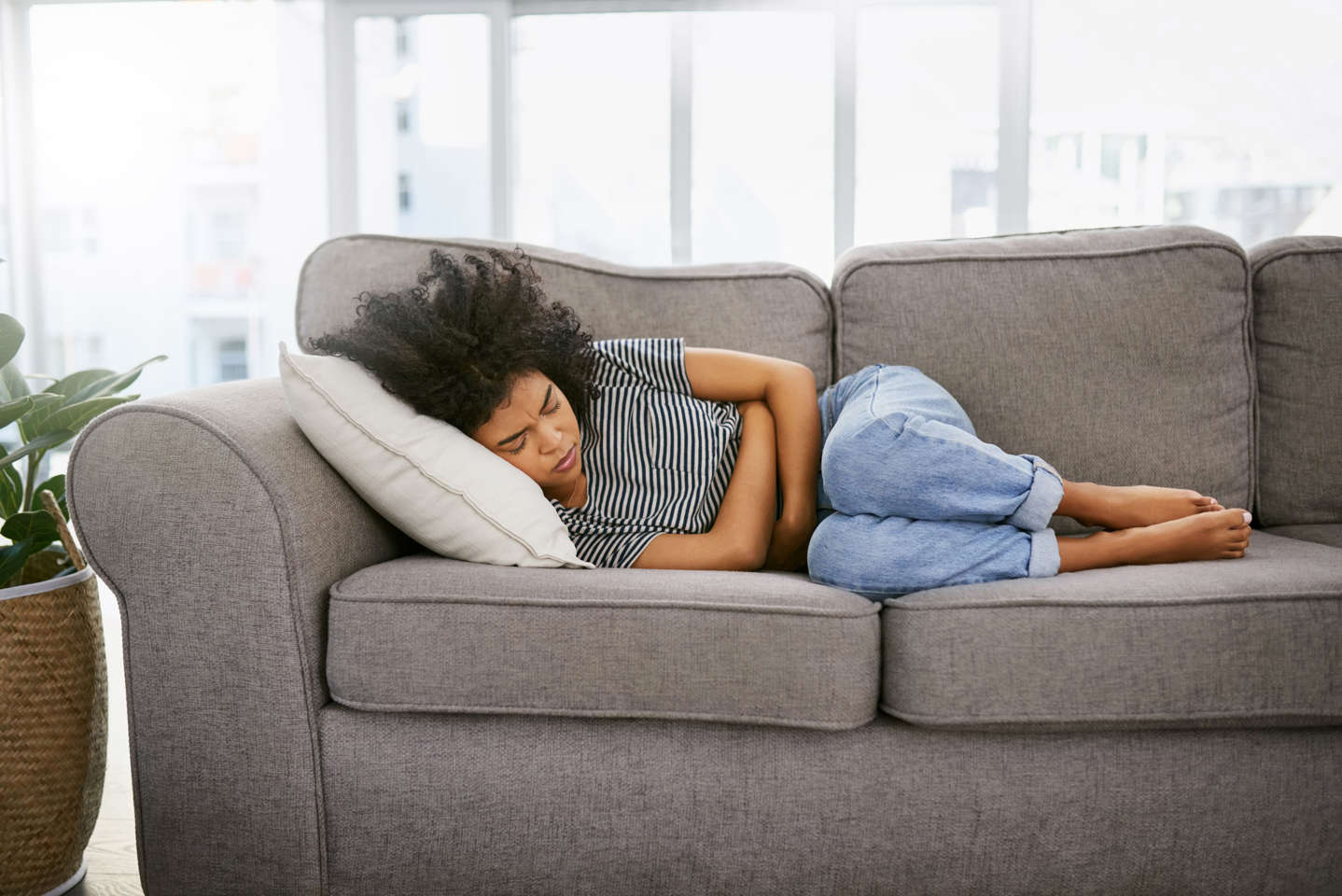 © Getty Shot of a young woman experiencing stomach pain on the sofa at home As with all cancers, early diagnosis is always best, but this is especially the case with ovarian cancer, where the majority of stage 1 cases can actually be successfully treated. “Once it has spread, though,” warns Professor Rustin, “the majority cannot unfortunately be cured. I see some women who had symptoms for a year or more and one wonders whether if they had had an ultrasound scan or CA125 blood test earlier they might have been diagnosed when still stage 1.”

So what are the symptoms? Well, as Professor Rustin says, they could be mistaken for less-serious things like IBS, or even period pain, and include pain in the lower abdomen or side, irregular periods, being sick and going to the loo often.

Those affected could also feel bloated and swollen. “Feeling bloated is one of the most common symptoms related to ovarian cancer and is usually worse after eating,” says Professor Rustin, adding that sufferers may end up cutting back on food to prevent this. © Getty Woman suffering from stomach ache However, bloating and swelling of the abdomen is something that most women experience around once a month anyway, during their period. So how are you supposed to know when it’s something more sinister? “The big difference between bloating or swollen abdomen associated with menstruation is that with menstruation it is related to the menstrual cycle and rarely lasts for more than a few days, while with cancer it gets progressively worse and requires investigation if it lasts for more than than one to two weeks.”

Professor Rustin also says that pain during sex could be a sign. This could manifest itself as a “deep tenderness or sometimes more severe and sharp”. Constipation may be a symptom, too, if the patient hasn’t been troubled by it before and it “cannot be explained by a change in diet.”