David Tang: In Praise Of The NHS …

I noted this article whilst on my daily constitutional which comprises a scan of some 20-30 newspapers a day, for articles that inform me in areas I am interested in.

Although this health article is for neither cancer nor heart attack, it caught my eye as it was written by David Tang whose ability as a wordsmith has always interested me as has his turn of phrase and humour has always apealed.

David Tang’s eloquent praise for the NHS so clearly displayed how I feel about our Health Service, which contrary to the pointscoring efforts of the dullards who so often rise in politics and the vituperative though poorly researched efforts of the dumbed down MSM, as they hunt down cheap shots whilst searching the internet for stories, as they are no longer funded to do proper research nor in most cases trained for it.

Just like the MSM TV the press is dumbed down valuing gossip and tittletattle of the nebishes that pass themselves off as ‘slebs’, with a very small ‘s’.

I looked up David Tang some years ago & found he was 8 years my junior & thus would have been a mere 2 years old when I first came across his name in 1956. David Tang’s father was therenowned CK Tang who emigrated to Singapore in 1923 and founded CK Tang’s opening his first shop in 1932.

In 1956 I had first come across his store and used to walk into town to visit CK Tang’s, sometimes alone & sometimes with Adam Fong my Chinese friend. I was fascinated by the opportunity to lift the edge of China’s skirt and gaze at the mysteries – intricately carved consentric balls of ivory and entire pairs of tusks intricaly carved from end to end, and far taller than I.

Adam would answer my questions as for his age he had a tremendous knowledge of the gods and mythology of China and that which he did not know he would proudly tell me about once he had established the facts from his father who was the manager of the unpreposessingly named ‘Chicken Inn’ a superb restauraunt by my home in ‘Kampong’ in the building which had been the Japanese Kempetei HQ – right on the water front suspended over a small beach where neither the Malays, Tamils nor Chinese would goas they believed it was haunted by the souls – below the glass floor of their dinning room so that they could watch them being drowned and devoured by sharks as the tide came in! of the many prisoners the Japanese tied to stakes.

CK Tang’s was still there pulling me like a magnet in 1957 when I returned during Merdeka & the elections that brought Lee Kuan Yew to power with his political logo of a red chicken and his efforts to control TB, which was rife, by spot fines for spitting in the streets!

I eventually gave away my 5 volumes of books on Chinese gods & mythology each with camphor wood covers and concertina folded paintings on silk and the story of each scene in both Chinese and English.

I’d like David Tang to one day know the pleasure his father’s shop gave a small boy with limited pocket money on holiday in Singapore!

That David Tang had his life saved by the superb care of the NHS – Just as they have saved my life with various cancers and a consequential heart attack.

In praise of the NHS

‘The moment I was wheeled in, I knew this was nothing like my preconception of an A&E department’
David Tang

On a beautiful Sunday morning I was looking out on a perfect olive tree in front of a turquoise crescent of water at St-Jean-Cap-Ferrat, with a couple of overnight local fishing boats bobbing gently against a perfect blue sky without a single cumulus.
Yet I was in pain.
Little did I know that, in the dark depths of the night before, I had an ulcer that had begun a sinister haemorrhage.
The beautiful sun rising outside was in total ignorance of my uglifying seepage inside.
My wife acted decisively for me. She called a friend who lent us his jet and, within four hours, we landed at RAF Northolt. I stood up to disembark but, not realising how weak I was, collapsed in the narrow gangway of the Global Express plane. I could not move and it took four strong men to slither me out of the plane on a sliding sheet into an ambulance.
And here the miracle, like a magic carpet, began.
They took me to Hillingdon hospital. Had I managed those five steps out of the plane myself, I would have made it to the London clinic where a private room was waiting for me.
This was now an extreme emergency and the NHS hospital was the only option.
Yet the moment I was wheeled into that hospital, I knew this was nothing like my preconception of an NHS A&E department, about which we hear so much criticism. Immediately, two doctors hovered over me with three nurses close by. I was swung into one of those blue-curtained spaces and asked a series of precise and pertinent questions.
Within minutes, they had diagnosed internal bleeding, and I was whisked upstairs to intensive care where I was given a blood transfusion.
No hesitation, no dithering: three bags full, like three blah blah black sheep, straight into my system.
More doctors came and asked more relevant questions.
Within another hour, I was taken for a CT scan, and another half-hour an endoscopy with an anaesthetist whereupon they identified a bleeding ulcer which they treated with immediate effect.
The long and the short of it was five doctors and 10 nurses saved my life at Hillingdon that Sunday afternoon. 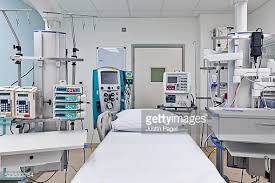 I was moved into a general intensive care unit that evening and, for the first time in my life, experienced sleeping in an open ward in a long room with five beds on one side facing a long counter of doctors and nurses.
In the middle of the night, in my half slumber and weak waking moments, I realised that sleeping in a space like an open office was rather nicer than being cooped up in a private room.
It had never occurred to me that sharing with other patients and seeing the dependable shadows of the moving and half-whispering nurses could engender such a soothing and warming feeling.
I also felt a bond with my fellow patients.
I will howl and hunt down anyone who dares to question the NHS I woke and experienced another extraordinary day of meticulous care.
Each and every staff nurse, in their wonderful blue uniforms, could not have been more kind and helpful, including wiping me down with wit and humour, both of which, I can assure my readers, demanded a very high standard!
There was one exceptional doctor from Hungary who became one of my greatest friends without my knowing it. His application of knowledge and experience to my case was one of those rare occurrences when you know a piece of fortune has been stitched into the hem of your life.
So, ladies and gentlemen, let me tell you now the fountain of all serendipities:
if you were in the magical labyrinth of the Hillingdon NHS, you would, like I, never ever have a single doubt about the NHS as an institution of the greatest cultivation.
I will howl and hunt down anyone who dares to question the NHS.
Tonight, as I sleep at the Marsden, under another impermeable umbrella of the NHS, I pay my private tribute to the NHS, particularly to all my new best friends at the Hillingdon, and I also pay a public tribute to what they represent.
My mother always told me that the UK provided the best education in the world, to which I now add the best hospital care in the world.
The fact that it was free at the point of service defies even Einsteinian space-time.
So I am glad I have paid my taxes in this country — before with reluctance, but now with alacrity.
I hereby demote Asclepius and genuflect to Nye Bevan, founder of the NHS.

To see the original of this article CLICK HERE
.
Regards,
Greg_L-W
Greg Lance-Watkins
.
Please Be Sure To
Tweet & Link to my My Blogs
To Spread The Facts World Wide To Give Others HOPE
I Have Been Fighting Cancer since 1997 & I’M STILL HERE!
I Have Cancer, Cancer Does NOT Have Me
I just want to say sorry for copping out at times and leaving my wife Lee and friends to cope!
Any help and support YOU can give her will be hugely welcome.
I do make a lousy patient!

If YOU want to follow my fight against Cancer from when it started and I first presented with symptoms in 1998 see The TAB at the Header of this Blog. called >DIARY of Cancer ….ARCHIVEMEDICAL LINKSCANCER LINKSHOT LINKS< in the Sidebar.
.
YOU are welcome to call me, minded that I am NOT medically trained, if you believe I can help you in ANY way. .