DO MAKE USE of LINKS,

Broadcaster and journalist Steve Hewlett has died from cancer at the age of 58. He had documented the impact of the disease in a series of candid radio interviews and newspaper articles.

The presenter of Radio 4’s Media Show revealed last year that he had been diagnosed with cancer of the oesophagus in March, and had spoken frankly about its development with Eddie Mair on Radio 4 and in a diary published in the Observer.

A fortnight ago, he had told Mair on the PM programme that doctors had decided to stop treatment and that he had married his long-term partner Rachel in hospital. 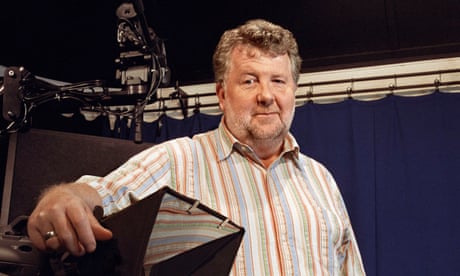 In a statement, Hewlett’s family said they had been “overwhelmed by the support of friends, colleagues and Radio 4 listeners”.

“The messages helped Steve enormously, especially over the last few months. The Royal Marsden have been amazing throughout the journey and we are indebted to all the wonderful staff there. We’d like to thank Eddie and all the PM listeners, and if people are still keen to help, then we’d like all donations to go towards the brilliant care the Marsden provide.”

The BBC said Hewlett had died on Monday morning while listening to Bob Dylan with his family at the Royal Marsden in London.

The BBC director general, Tony Hall, paid tribute to Hewlett as an “exceptional” journalist. He said: “His analysis of the media industry was always essential listening. Steve was a trusted voice that embodied everything positive in public service journalism. He was hugely popular not just with viewers and listeners, but with BBC staff.

“When I saw him last week, I told him how much I have admired his brave interviews with Eddie Mair about his treatment, which he did with a candour and sense of inquiry that was typically Steve. Our thoughts are with his family and many friends.”

Hewlett had presented the Media Show on Radio 4 since 2008 and was a media journalist and commentator, writing for Media Guardian for many years.

He was also editor of Panorama in the mid-1990s when the programme broadcast Martin Bashir’s interview with Princess Diana, which was watched by 23 million people.

A tribute to Hewlett’s work on The Media Show, of which he was the founding presenter, will be broadcast on Wednesday.

Hewlett’s openness about the impact of the cancer and its treatment had prompted a huge response from listeners, which Hewlett said had come as a surprise.

In an interview with the Observer, published earlier this month, Hewlett explained why he had decided to be so open about the last phase of his life: “I wanted to open myself up, to talk about what has been happening, but I didn’t imagine people would get as much from it as they have.

“Radio 4 talks a lot about having a relationship with its audience, how precious that is. This is the Radio 4 audience in top gear. That’s what it feels like to me.”

Asked by Mair on last Monday’s PM what he thought of the idea of “living each day as if it is your last” Hewlett said it meant he could relax and enjoy the time he had left.

“If you are told, literally ‘it’s any day’, I don’t know quite how you go about living every day as if it is your last. What do you do? Is this where you empty your bucket list? I literally don’t know what you do.”

“I think what you are looking for, what I am looking for, in that statement about living each day as if it is your last, is … it’s more kind of being able to relax, being able to enjoy, be able to watch the TV, be able to spend time with friends. That’s what I look towards, not to racing through a list of things.”

He also said he planned to celebrate Valentine’s Day with a proper wedding ring as the ring used in the ceremony was “a bit perfunctory”. When Mair chided him for sending his new wife out to “fix it”, Hewlett laughed: “Come on Eddie, there aren’t many up sides to this.”

Alex Graham, a TV producer and chair of the Scott Trust, the owner of the Guardian, who was a close friend of Hewlett’s for 35 years, said he was “utterly devastated” at his death.

He added: “I last saw him about a week ago. We talked for about three hours about everything and anything. And even though he was clearly in a lot of pain the whole conversation was shot through with his mischievous grizzly laugh.”

“I can’t believe that I’m now saying goodbye to him. He was a man of utmost integrity: fierce, honest and above all loyal. I’m very proud to have been his friend.”

“The hospital, extraordinarily whipped into shape by the amazing Noreen, and the whole thing is organised in an hour. I can’t tell, you. They managed to get a Chelsea registrar, a Chelsea vicar, they got someone else to come out and bless the rings, I’ve no idea who that was, we just happened to have rings … “

Eddie Mair: “What kept you Steve? What stopped you from doing this before?”

SH: “It was all moving along at a reasonably slow pace. And then of course the cancer happened and everything’s up in the air, so what do you do? There’s this wedding scene in this very room.”

EM: “Right where we are. Right at the end of the ward.”

SH: “The staff produced a wedding cake, the wife of the gent sitting next door offered Rachel some help with some cosmetics. The nurses managed to produce bunches of flowers, wedding cake, a couple of bottles appear from God knows where. And then this ceremony begins. And it was like a combination of all gas and gaiters and the vicar of Dibley, really.

“The idea that Britain doesn’t have people in it who really care about other people and will really go the extra mile when it matters is such nonsense. This little room here, this is Britain at its best.

“This is probably the quickest wedding, and the cheapest weeding that’s ever been held on these four isles.”

EM: “Can you remember what you said? What were your vows?”

EM: “Are you sure this happened?”

SH: “There are pictures … this extraordinary event, it was arranged in no time at all.”

SH: “Of course I cried. I can’t quite remember why I cried … no that’s not true.”