Lets not forget the bravery of Jade Goody (5 June 1981 – 22 March 2009) and how she made her fight against cervical cancer so very public right up until the day she died 8 years ago.

Jade Goody not only fought for survival, you will remember she had two little boys, but she fought for recognition of cervical cancer and the need for much younger women to be screened – the problem then was that women under 25 found it all but impossible to have screening, and Doctors seemed woefully ignorant of the risks for younger women.

Seems like little has changed and her efforts were ignored, once the media had no more mawkish picture stories to capitalise on!

Today I received the letter below – as cervical cancer killed yet another young woman because she couldn’t get screening under 25!

I am sure that you can help, either by seeking out petitions to sign or probably more valuably if you write to your political representatives and petition them yourself, on a regular basis, after all it could be your daughter, sister, girl friend or young wife who is condemned to death because she couldn’t get screening under 25!

If you are a young woman under 25 it could be you!

WHY NOT:
Print out this posting and provide the url sending it with a brief covering note to your MP, Regional Assembly Member and County Councillor – on a regular basis until the NHS law is changed to save young women too!

Just over 2 women die each day of cervical cancer. To be fair to the NHS most of those are in the 60+ age group. However surely teenage girls and young women under 25 should have automatic access to smear tests if they present with any of the symptoms of cervical cancer.

My little sister Amber passed away last month after a long battle with cancer. She was only 25.

She was worried when she started to get symptoms associated with cervical cancer – that was seven years ago. She asked her doctor for a smear test at least 10 times, but every time she was refused. Women in the UK aren’t offered cervical screenings until they turn 25. If my sister had been given what she asked for all those years ago, she might still be here now.

I want Amber’s death to mean something. That’s why I am campaigning for Amber’s Law: an amendment that would let women under 25 get cervical cancer screening if they ask for it.

In the end Amber had to pay for a private screening in order to get diagnosed – but by then it was too late. She put up a good fight but the cancer had spread everywhere: her lymph nodes, her lungs and her throat.

Currently women under 25 aren’t screened – the government say lowering the legal age of compulsory screening wouldn’t be productive and women under 25 rarely get this disease. But Amber’s story proves that some young women do get cervical cancer. I don’t think smear tests need to be mandatory for everyone, but if a woman asks her doctor for the test she shouldn’t be ignored.

Amber was such a fighter. In her last week, when she was admitted to hospital for breathing difficulties, she fought off the paramedics to go upstairs and grab her makeup bag. She was determined keep fighting, she didn’t believe in giving up. Now she’s gone, I am going to be more like Amber and fight to raise her voice.

Josh Cliff set out to Petition the Government. 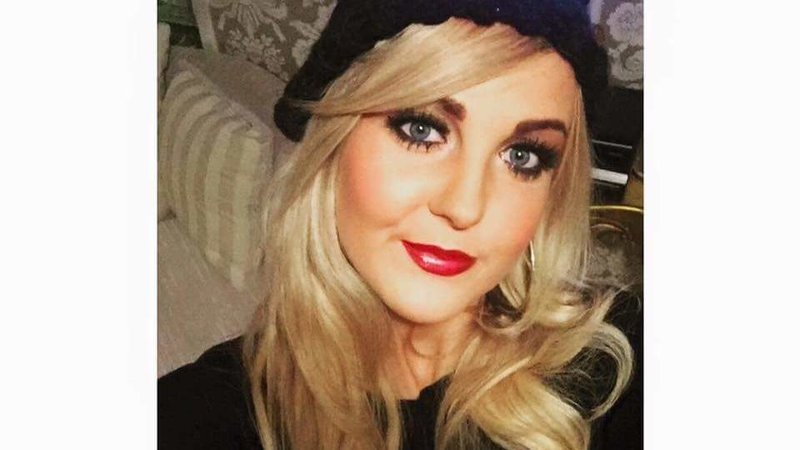 The current age for cervical cancer screening in England is 25. If you are under 25 you aren’t allowed to have a screening due to the NHS guidelines, some Gps will send women under 25 for a smear if they have certain symptoms yet some won’t. This is why #Amberslaw needs to come in place. This means there would be a guideline through the NHS which allows ALL gps in any area of the U.K. To send people for smears under 25 if they have symptoms which are classed as alarming or high risk.

Any woman under the age of 25 who is not eligible for cervical cancer screening who goes to the doctors with any kind of problems in their lower half on 2 occasions will have the OPTION to have screening.

Amber went to the doctors multiple (I’m talking over 10 at least) times over the course of a few years and was constantly told ‘it’s your hormones’ ‘it’s a water infection’ ‘it’s your pill’ and when she asked for a screening they said no she was too young. We paid for her to get one private at the age of 21 and found she had cervical cancer that had been there for 2-4 years already. This over the course of 4 years spread to her lungs and her throat. Amber died at the age of 25, we lost a sister, daughter, grand daughter and an amazing friend to cancer because she was failed by the people who were meant to provide her care.

How would you feel if it was your sister or daughter? If you know deep down they could of been saved and still here today if they had the option for a screening at any age?

#AmberslawThere has been a couple of petitions been archived with no valid reason. Why not just lower the age? Why cant you help save young women?

Keeley McCormick started this petition with a single signature, and now has 201,319 supporters. Start a petition today to change something you care about.