more about YOUR Prostate:

Well that is where it is guys!

It should be about the size of a walnut if healthy

You should have a DRE (Digital Rectal Examination)
every so often & maybe also a PSA (Prostate Specific Antogen) Blood Test too.

Even perhaps a TURP (Trans Urithral Resection of the Prostate)

‘Active Monitoring’ of Prostate Cancer Does Not Increase Death Rate

Active Monitoring’ of Prostate Cancer Does Not Increase Death Rate 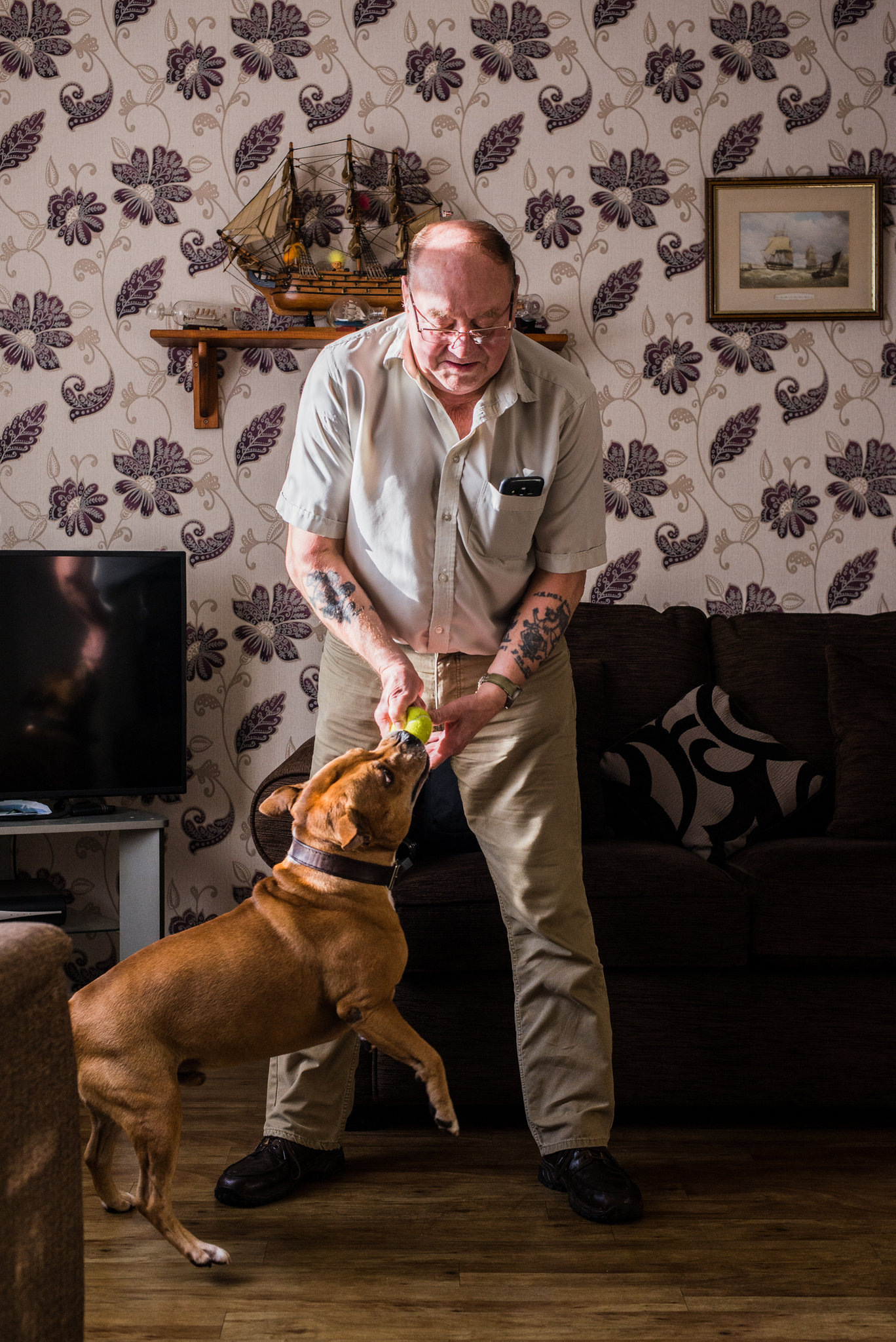 Robert Boulton, a prostate cancer patient, was initially assigned to receive active monitoring but switched to radiation treatment after four years, when his P.S.A. went up. Credit Alexander Atack for The New York Times

A new study offers important information to men who are facing difficult decisions about how to treat prostate cancer in its early stages, or whether to treat it at all.

Researchers followed patients for 10 years and found no difference in death rates between men who were picked at random to have surgery or radiation, or to rely on “active monitoring” of the cancer, with treatment only if it progressed.

Death rates from the cancer were low over all: only about 1 percent of patients 10 years after diagnosis.

But the disease was more likely to progress and spread in the men who opted for monitoring rather than for early treatment. And about half the patients in the study who had started out being monitored wound up having surgery or radiation.

The patients are still being followed, which should reveal whether the death rate will eventually increase for the men assigned to monitoring.

Doctors say the findings should help reassure men that surgery and radiation are equally reasonable choices in the early stages of the disease.

“I can counsel patients better now,” Dr. Freddie C. Hamdy, a leader of the study from the University of Oxford, in England, said in an interview. “I can tell them very precisely, ‘Look, your risk of dying from cancer is very, very small. If you receive treatment you will get some benefit. It will reduce the disease from growing outside your prostate, but these are exactly the side effects you might expect.’”

Active monitoring involves regular clinic visits with physical exams of the prostate, periodic biopsies and blood tests for prostate-specific antigen, or PSA, a substance that may indicate the disease is worsening. Between 40 and 50 percent of men with early prostate cancer in the United States now choose active monitoring.
Continue reading the main story

The study, published Wednesday in The New England Journal of Medicine, was the first to include detailed information from patients about the side effects of treatment.

Men who had surgery to remove the prostate were the most likely to have lingering impotence and urinary incontinence. Those given radiation reported bowel problems after six months of treatment (usually with gradual improvement) but not urinary incontinence. Sexual function also diminished after radiation, but recovered somewhat.

But there were no differences among the three groups in anxiety, depression or their feelings about how their health affected their quality of life.

Dr. Peter T. Scardino, a prostate surgeon and chairman of the department of surgery at Memorial Sloan Kettering Cancer Center in New York who was not involved in the study, said the research was important because there was little previous data comparing surgery, radiation and careful monitoring in men with early prostate cancer.

Dr. Scardino said the findings helped confirm that active monitoring is a valuable approach for many men. He said that it was appropriate for a third to a half of men with early prostate cancers, and that only a third of those patients would need treatment within 10 years.

But Dr. Scardino emphasized that the monitoring must be done regularly and with great care, for the rest of a patient’s life.

He added that an important message from the study is that early prostate cancer is not an emergency, and men have time to decide what to do about it.

Worldwide, there were 1.1 million cases of prostate cancer and 307,000 deaths from it in 2012, the latest year data were collected by the International Agency for Research on Cancer. In the United States, about 181,000 cases and 26,000 deaths are expected in 2016. The average age at diagnosis is 66 in the United States, and the disease rarely occurs in men under 40. Most men who have prostate cancer do not die from it, according to the American Cancer Society.

The disease often grows very slowly — but not always. Some cases are potentially deadly, but tests cannot always tell which ones. The uncertainty leaves many men in a quandary, particularly because of the bowel, bladder and sexual problems from treatment.

In 2012, the United States Preventive Services Task Force, an independent panel of experts picked by the government, recommended against routine screening for prostate cancer with the PSA test. The group said screening finds many tumors that may never have harmed the patient, and leads too many men into unneeded surgery or radiation, with their troubling side effects.

Dr. Hamdy’s team set out to address the quandary. They studied 1,643 patients in Britain ages 50 to 69 who had early prostate cancers, found with routine PSA testing and then a biopsy if the PSA was abnormal. All the cancers were localized, meaning they were confined to the prostate and had not spread to nearby tissue outside the gland, or to distant organs.

The patients had PSA measurements of 3 or higher, and about three quarters had a Gleason score of 6; the rest had higher Gleason scores. Gleason scores are a measure of aggressiveness and range from 6 to 10 in cancers, with higher scores being worse.

The patients were then assigned at random to one of three groups: A third had surgery, a third had radiation, and a third had active monitoring.

Though death rates from the cancer did not differ, more men on active monitoring had progression. The disease spread to distant parts of the body in 33 men on monitoring, 13 who had surgery and 16 who had radiation. The differences were statistically significant.

Other progression, to nearby tissue outside the prostate, was also more common with monitoring: 112 cases, compared with 46 each in the surgery and radiation groups.

As time went on, more and more of the monitored patients wound up having treatment.

Dr. Hamdy said not all those who left monitoring actually needed treatment.

“We know that 80 percent of them had not shown signs of progression,” he said, adding that anxiety on the part of the patients or their doctors, or some suspicion of progression, may have pushed them into treatment.

Robert Boulton, 76, a retired maker of rubber gloves, was initially assigned to active monitoring but switched to radiation treatment after four years, when his PSA went up. In an interview, he said two doctors recommended the treatment and one opposed it, so he went with the majority advice.

He said his only side effect was what he called “man boobs,” swelling in the breast area from the hormonal treatment that is routinely given along with radiation.

Another patient, Douglas Collett, 73, was also assigned to active monitoring in 2008 and has stayed with it. When he was first told he had cancer, he wanted to get rid of it immediately, he said. But when he learned more about the disease and the side effects of treatment, waiting made more sense, and he actually felt relieved when he was picked for the monitoring arm of the study.

He realizes the disease could progress, he said, and if it does he will probably have radiation to treat it. In the meantime, he said, “I’m fit as a flea.”